The Bioatlântica Institute (IBIO) is a non-profit organization, established in 2002 by individuals, companies and NGOs dedicated to sustainability. We work alongside the government, civil society and the productive sector to improve the quality of life in Brazil and the environment.

IBIO is formed by qualified professionals with knowledge and experience in forest restoration, sustainable agriculture, landscape ecology, watershed management and adaptation to climate change. Our team is continuously seeking models which pave the way for investment funding into natural infrastructure in order to increase the resilience of river basin eco-systems.

The position of IBIO is always technical, transparent, non-partisan and autonomous.

The founding of IBIO - Management - André Guimarães and Beto Mesquita

The founding of The Fórum Florestal da Bahia

Commencement of the Forests for Life Project in collaboration with the state government of Espírito Santo, and financed by the World Bank.

IBIO is awarded by the U.S. Agency for International Development (USAID)

Commencement of the Forests for Life Project (Espírito Santo)

Signing of pact for the integrated management of Rio Doce among the Federal Government, the State Governments of Minas Gerais, Espírito Santo and the River Basin Committees

IBIO becomes a signatory on the Atlantic Forest Restoration Pact

Launch of the book “Gestão Integrada do Território” (Integrated Management of the Territory) and “Um novo paradigma da sustentabilidade” (A New Paradigm of Sustainability), during Rio+20

Establishment of the Territorial Development Center of the Ribeirão do Boi River Basin (Ipatinga, Minas Gerais)

Launch of the Water Availability Program for the Rio Doce River Basin (PDA DOCE) with the collaboration of FIEMG, FAEMG, governments and private businesses

To improve the quality of the environment and promote integrated management of land resources as a means to generating economic development, social equality and human well-being.

We see a future with organized territories, where natural resources are used rationally and sensibly by a society that is fully aware and knowledgeable of the part it plays in the sustainability of this system.

IBIO was created in February 2002 as a result of a dialogue between key figures such as Erling Lorentzen, Eliezer Batista and Raphael de Almeida Magalhaes, and organizations such as Aracruz Celulose, Conservation International, DuPont do Brasil, Petrobras and Veracel Celulose who saw the opportunity to create a Brazilian organization to contribute to sustainable development. Overtime, the original idea of recovering the Atlantic Forest biome has been expanded and IBIO has gained new members and associates.

The Advisory Board is to ensure proper management, define strategies and support the autonomy and freedom of the technical positioning of IBIO’s executive body.

Meet our advisors and the representatives of our institutions who comprise our Advisory Board:

A project never becomes a reality, much less yields results, if it is not the result of collective action. To promote its activities, IBIO builds on the coordination and mobilization of public and private organizations, civil society, the third sector, educational and research institutions, among other areas.

In addition to the signed partnerships, IBIO is also part of several forums and groups with regional, national and/or international performance, aiming to strengthen the governance in their performance territories, identify opportunities and synergies, exchange information and experience, and contribute to efforts aligned with their mission. 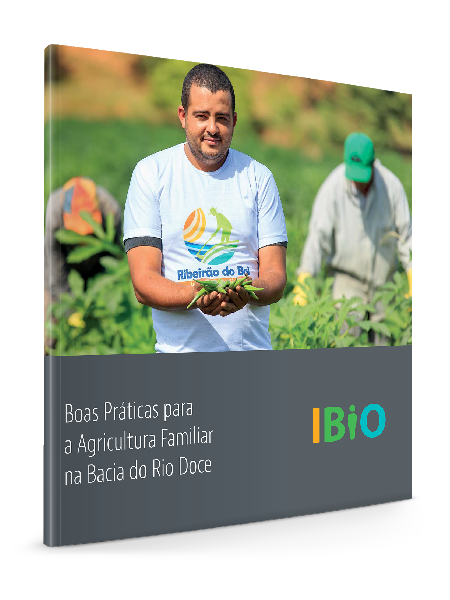